skip to main | skip to sidebar

Hello 2020! It's been a good while since we posted (...only like nine years) but Cedarville SuperMileage is still going strong! Our current two competition cars are Sting and Karch. Sting will be racing in Sonoma, California in the Americas Shell Eco Marathon in April. Karch will be racing in June in Michigan at the SAE competition. We have a lot of work ahead of us, and will update you soon!
Posted by Madeline Chairvolotti at 10:49 AM No comments:

Posted by Cedarville University Supermileage at 1:41 AM No comments:

A new year has begun, the projects have started and we are working towards getting our new car completely designed and manufactured. We have projects ranging from the on-board computer system to EFI to streamlining the current cars. There have been many new faces this year and those students are learning a lot. They’ve learned the basics of the shop, Solidworks, GUIs, engines and have gotten involved in the many projects headed by the upperclassmen. We’re off and running, with lots to do and lots of new hands to help!
Posted by Cedarville University Supermileage at 8:52 AM 30 comments: 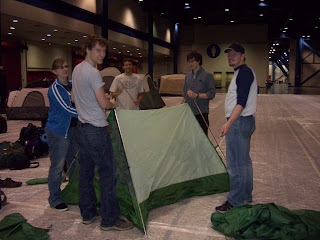 After a long 20 hr drive down to Houston, we finally pulled into the conference center where we would stay for the next 4 days. After unloading and struggling to put up tents, we started preparing for the next day's race.
After a picture of all of the participants, we headed back to finalize the cars and then pushed them out to the race start. We had a rough run the first day. Slipstream was not able to finish and GL2 finished one run to put us on the board and then had a bad spill in which the canopy was cracked and the body scratched. 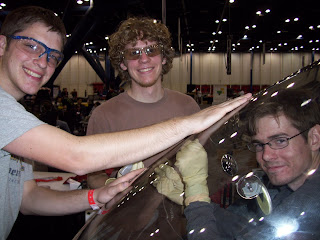 After a long night of polishing out the canopy and with Dr. Z's expertise, the car looked awesome and was ready for the next day's race.
Slipstream was first that day to finish the race putting both cars on the board. After two days of racing, Slipstream with Michelle Doyle driving broke the school record and then GL2 also broke the current record with Jeff Oakley driving.
It was an awesome weekend the final mileage for the cars were:
GL2: over 1400, 4th
Slipstream: over 1200, 7th 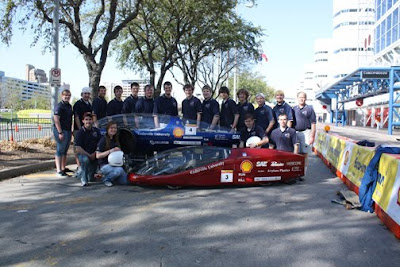 The Next competition is in Michigan for SAE Supermileage, June 10 and 11.
Posted by Cedarville University Supermileage at 12:30 PM 2 comments: 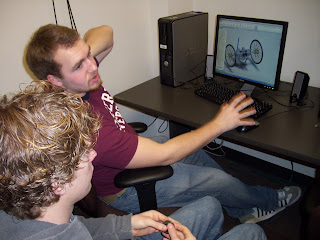